Hey guys, Happy Halloween from Rusty, Sims, and me, the War Rocket Ajax crew! Handin’ out only the full size candy bars at this house, kids.

We’re recording Episode 11 tonight with the inimitable James Lucas Jones, editor of Oni Press. We’ll be in costumes while we record. I promise. One word for what Chris is coming as: Psylocke. Yeah, let that haunt your nightmares.

Tweet or email your questions and make sure you check all apples for razors this weekend.

(Photo courtesy of The ISB).

SPOOOOOOKYYYYY. Get in the Halloween spirit with our guest Matt Sturges, as he talks about Blue Beetle, House of Mystery, and zombie princesses. Then, Evie and Aaron from Awesomed By Comics stop by, as Chris and Aaron engage in a Castlevania Trivia Contest to determine once and for all, how much does Simon’s Quest really suck? 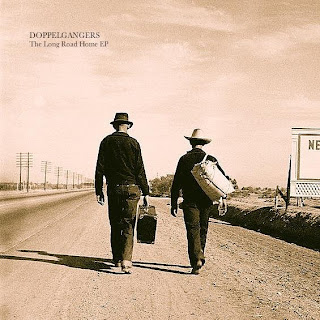 Euge here. My hip hop music EP is now available for free download, recorded with fellow emcee Charles Knox. All original music, recorded over the last year. Check it out at this link, and I hope you enjoy it.

Check back Monday for our HALLOWEEEEEEEN EPISODE. SPOOOOKY.

Tonight! October 21! We are recording with special guest Matt Sturges, author of Jack of Fables, House of Mystery, and the novel Midwinter. He’ll be our guest for our tenth episode, which is of course our Halloween special. So be sure to tweet or email questions for Matt!

Also, check out AdamWarRock.com for the new Awesomed By Comics beef track.

Comics writer Tom Peyer stops by to talk politics and responds to the rabid fanbase of Legion of Super-Heroes once and for all. Also, Chris Haley of Let’s Be Friends Again sits in the third chair, as we discuss….well, you don’t want to know what we discuss.

Hello War Rocketeers (I’m still working on what to call you guys). Euge here. If you haven’t listened to our newest Episode, I’ve announced a new music project and website for my raps and swears. But seriously, AdamWarRock.com is now up and running, and while I’m getting the concept album written, recorded, produced, and mastered (release sometime in 2010, DJ producer announcement is coming within the next week, hopefully), I’ll be posting up tracks, both old and new and sorta-new, to the site on a regular basis. So check it out, and please, if you want to join in on the fun, email adamwarrockmixtape_at_gmail.com, beats, rhymes, or life all accepted. Hopefully by the end of next week, I’ll have over an album’s worth of tracks posted up there. I write and record A LOT, so stay tuned to the site.

But enough of that. For our NINTH episode, we have with us special guest Tom Peyer, writer of many titles, including Hourman, Legion of Super-Heroes, and of course, Stephen Colbert’s Tek Jansen.  We’ll be recording with Tom this Friday, the 16th, so be sure to email or twitter us your questions, as we roll along with the show!

Also, be sure to check out Awesomed By Comics latest diss track, sorta, to us in Episode 63 at this link. I’m preparing something special for them in response. Not sure when I’ll have it done though. PREPARE YOURSELVES EVIE AND AARON.

It’s the Bonus Round! As our resident artist Rusty Shackles debuts on the War Rocket Ajax program. Matt Wilson a/k/a King Oblivion PhD comes back to talk about the Marvel Swimsuit Issues. I go to SPX 2009 and report from the floor. And we talk about the conclusion to Planetary and take your twitter questions for US. Who can smash the car FASTER?

What’s beef? We start off blazing with our new beef track against the Awesomed By Comics crew. Then writer Benito Cereno comes on the program to usher in October with some talk about Hector Plasm, as well as putting his own sorta-Internet beef to bed. We also have Kevin Church stopping by to address a particularly intense hater’s beef regarding a certain bodily function. All in this jampacked edition of War Rocket Ajax.